When I first heard Ricky Skaggs was going to be playing this year's White River Valley Electric Cooperative in Branson, MO I was super excited to get to see him perform.

That may seem like a lot of used-to-be's, but this is Branson.  We have a lot of shuffling around here!
Anyway, the meeting opened with the pledge of allegiance to the American Flag and a prayer that was closed in Jesus' name.  It is always so beautiful to hear that.

I am extremely proud of our American heritage.  It was great to see so many others who feel the same way all in the same place - and it wasn't even in a church service.
This was followed by other meeting formalities and then Ricky Skaggs and his large group of musicians/singers took the stage.

As they set up, there was a little electricity in the air.  Everyone was ready to have a good time.

Ricky made a couple of jokes about it being early (in the morning) to perform.  It was early for some of us in the crowd too!  Then Ricky and his band began to put on one terrific show.

The music was wonderful. He and the guys played a few songs and then he began to talk. 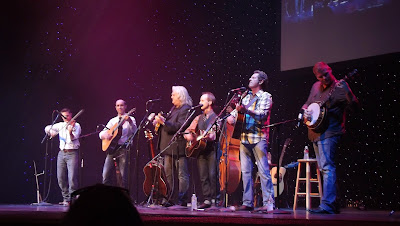 However, as I listened to Ricky tell stories of his childhood, his family and his faith in God and love of Jesus, I began to slightly change my opinion of Ricky Skaggs.
One story he told was about the first time he met the Father Of Bluegrass, Mr. Bill Monroe.  Mr. Monroe was playing a school gymnasium where a 6 year old Ricky was already known to be an up and coming mandolin player.  As Mr. Monroe played people began to yell out things like, "Let little Ricky Skaggs sing one" and "Let Ricky play."

Then perhaps bowing to the pressure or just because he was a good guy, Mr. Monroe let the young boy play on stage with him.  He even put his full-sized mandolin on young Ricky.


The two developed a lasting friendship told about in Skaggs' book, Kentucky Traveler My Life In Music.
Ricky Skaggs and his group closed out their portion of the day with 2 of his biggest hits Highway 40 Blues and Uncle Pen.  The crowd cheered and we stood to our feet.
About this time, you might be asking yourself why I changed my mind about liking Ricky Skaggs.  The reason is simple.  After watching and listening to him in person, I believe by his public testimony that he is a follower of Jesus Christ.

So I no longer like Ricky Skaggs.  I love him as a brother and proclaimer of the glorious name Jesus Christ.  Thanks for one fun morning Ricky!

To learn more, visit the official Ricky Skaggs website here.
This article was originally posted on our former website in 2014 and has been migrated here. 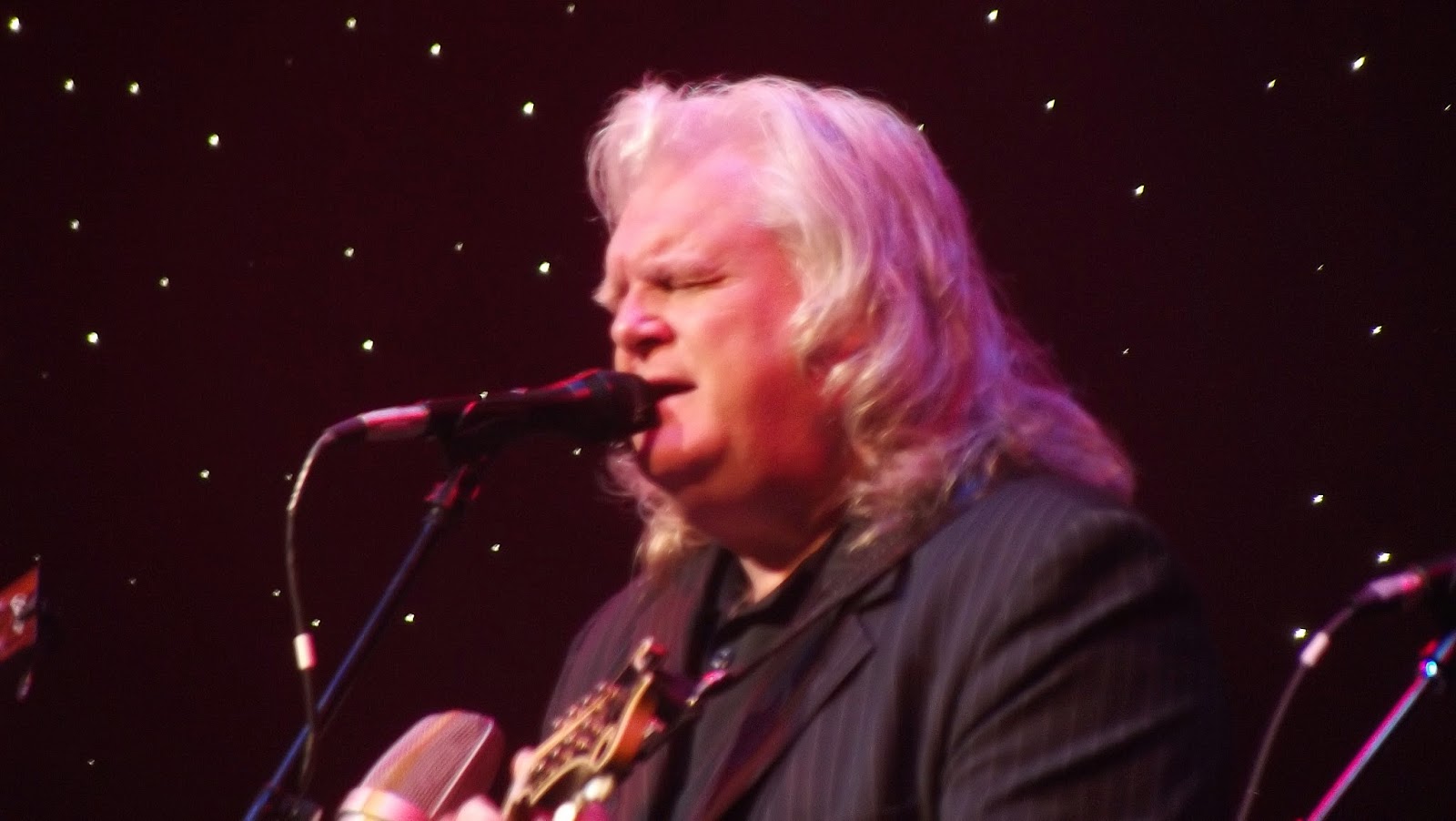